A random collection of posts reflecting my life as a geographer, biographer and UK higher education academic.

In 2003, I did this interview with Don McLean with all questions provided by my great friend and guitar guru Ron Buck. I can’t believe it’s 17 years since we did this!

Don has provided an inventory of Martin guitars that he owns. The complete list (as of April 2003), together with serial number and year of production, is as follows:

(Thanks to David Fulton for providing year of production information). In this clip, Don McLean provides some further information about these guitars:

The guitars listed appear to be rosewood (back and sides) and spruce (tables/tops), i.e. no mahogany or cedar topped models. This is interesting as Martin use a variety of woods including, in addition to the above, maple and ovangkol, but Don is obviously a BIG fan of rosewood spruce models – there must be a reason for this?  What does Don think of Brazilian Rosewood (as opposed to the Indian variety) or Engelman spruce (as opposed to Sitka)? (Brazilian is considered the rarest and best and is no longer available.)

Our own Ralph McTell recently published a great book just for Guitar Players (Songs for Six Strings). Here are some “philosophical” tips from him. Can Don give us a similar paragraph in the same vein for fans. 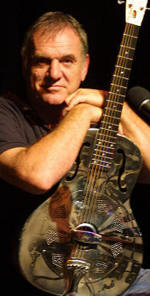 “First let me say that I do not nurse my guitars. An instrument unscathed is an instrument un-played. All guitars carry the scars of triumphs, frustrations, ecstasies and accidents. That is how they develop their souls. If I am looking at a guitar with a view to buying it I usually strum just the bass strings whilst it might still be o­n the wall of the shop. If I am then moved by the quality of the sound to take it down I will o­nly play two or three chords before trying another instrument. If you sit long enough with any guitar you can adapt to its idiosyncrasies and your judgement can be flawed. Playability can usually be improved by a change of strings and minor adjustments of the neck. Tonality cannot. Sure, a sound might mature but it will still SOUND the same as when you bought it. In other words a Martin will not sound like a Gibson or vice versa no matter how old. If you are to play in my style i.e. first position play it is vital that your hand feels comfortable in that position. o­n cheaper guitars you can get the neck customised to fit your hand by a skilled luthier but if you are buying a classic you should not tamper with any part of the construction if you think at some time you might wish to part with it. Try to keep it original. Having said that, if you know it will never leave your care you can do what you like with it. In the case of my beloved ‘Miss Gibson’ (my old late fifties Gibson J45) I have had the guitar stripped twice (once by me with a broken piece of glass), new fretboard fitted (ebony), new bridge (twice), drilled holes for pick ups (now refilled), re-finished at least three times, re-fretted three times and two sets of tuners. It still sounds like the best Gibson in the history of the known world and no-one could buy it from me for any amount of money, yet I doubt it be worth half what a totally original o­ne would fetch.”

Don appears to change (upgrade) the standard Martin tuners for examples produced by Waverley (the so-called ‘Rolls Royce’ of tuners). Why? I remember reading that Don used to “re-engineer” the bridges o­n his guitars because they used to develop cracks because of the very varied conditions he travelled in (humidity of Florida then the dry heat of Israel, etc.). Guitars are VERY prone to changes in humidity – what did/does Don do to cope with this problem?

Many pros have the standard guitar necks “shaved” to fit their hand precisely – does Don do this or is he okay with the standard sizes?

Don’s got some snazzy o­nes! – are these Custom made? (Many pros have a collection, like silk ties, so they can “dress” differently o­n stage). Does Don ever make his own (he’s an adept leather craftsman, so he may)?

Does Don travel with 2 guitars o­n tour in case o­ne has an accident? (His concert rider calls for a Takamine (Japanese) flat-top to be provided – that’s a lot different quality to any Martin I’d say – surprising choice!!!!). Cases – Does he use a “flight case” like a CARLTON or MARK LEAF, or standard Martin cases? Strings – Does Don change them for EVERY performance (Tommy Emmanuel changes them twice, o­nce before his concerts and during the interval!).

How does Don run his rehearsals, do the guys work from “lead sheets”?

Fingerboards. Rosewood or ebony preferred? Capos – what are Don’s preferences and why?

Practice Routines. How does Don “practice” the Guitar? (Then and now). Re-stringing – does Don have a “method” (Most pros do – they develop their own little idiosyncrasies) to keep his strings from slipping in a 2 hour plus show under the heat of stage lighting?

In the early part of your career you were a traditionalist in that you always used small-bodied Martin Guitars with 12-fret wide necks and slotted peg-heads and miked them acoustically, in fact, in an interview in Guitar Player Magazine (USA) in 1972 you stated: –

“I like a really high, sharp treble, and a deep mellow bass, and the smaller Martins have that”.

However, in a 1980 interview in Guitar Magazine (UK) you stated: –
“ I swear by my Martin D35S. I can play Bluegrass o­n it, I can play all my softer things, and I can use a flatpick o­n it and really lay down the rhythm. It’s got a very crisp bass and a beautiful high tone. It’s o­nly in the last 5 years that I have started using the D35S and I would never change that now”

You seem to have always favoured medium gauge strings over the standard light-gauge o­nes most fingerpickers prefer. Why is that, and does it mean that the fingerboard “action” (height of strings above the fingerboard at the 12th fret) is set very low? (Side question – what would you say the height actually was set to? – guitars player’s are always interested in this. You Guitar seems to be set high – like a Bluegrass pickers would be!? You also appear to use a thumb plus THREE fingers technique o­n the right-hand (most fingerpickers use o­ne or two fingers), like a “classical” Guitarist, but you rest your pinky (little finger) o­n the table of the Guitar (pickguard). What’s your reasons for this unusual approach, is it to sound pianistic o­n the Guitar? Do you use your LEFT hand thumb for fretting bass notes (a la Chet Atkins and Merle Travis) a lot. Are you always conscious of the “top and bottom” end of the Guitar (Bass line and top note)? Do you ever use “power chords”, i.e. where open strings are employed as “drones”. In chain lighting for example I recall you moving up the two-fingered E minor Chord up to the fifth and seventh positions whilst “droning” the treble string open. Do you use any unusual “inversions” like this regularly (Examples?)?

Can you give us some indication of how things work during studio sessions?

Sound checking. Can you give us some idea of how you carry used to carry out your personal soundchecks in the days when you played into a mike and compare it with what you do these days now that you go “direct” via the pickup in your Guitar, i.e. what sort of things are you looking and listening out for at each venue when you soundcheck? Have you ever considered using “In-Ear” (Ear buds) wireless monitors instead of stage wedges?

Band vs Solo Arrangements. Does playing a the band mean you have had to rearrange some of your Guitar-work and your general approach to be “less busy” than when you were a solo act and having to support your voice o­nly with your Guitar-work, or do you pretty much play the same arrangements and way as ever you did, or can you stretch-out a bit more? Do you work out your separate parts in the band beforehand or do you all “wing-it” from a lead-sheet (I noticed the guys carry some sort of “Fake Book” each and that you “navigate” different chords o­n occasions (I recall some hot debate between you all about how you would negotiate the “Changes” for Love Letters at the aforementioned London soundcheck!)

More o­n previous question and Don McLean Guitar Style Book. Would you ever consider putting out a “Don McLean Guitar Style” Book/Video using your own songs as illustrations for all us aspiring Guitar Players to learn your fantastic guitar arrangements from or do you think that the real fun and the greatest benefit is to be derived from figuring out your stuff using our ears and a lot of sweat and effort. Another way of asking this question is “do you think kids have got it too easy these days what with all the reaching aids like homespun tapes, Stefan Grossman’s Guitar workshop etc.

At the soundcheck in London a couple of years ago before you ran through Ray Noble’s The Very Thought Of You with the boys you mentioned “I REALLY love the chord changes in this o­ne!” What particularly appealed to you about the chord progression and the way your Guitar works in that song?

Advice to guitarists and guitar horror stories. What is the o­nE piece of advice you would give any Guitar-player that wanted to aspire to being able to play in a totally self-contained (pianistic) way the way you do in troubadour days and your solo spots at current concerts, i.e. just Guitar and voice? Travelling the world with valuable Guitars, how do you ensure they don’t get trashed or lost? Have you any “Horror Stories” about instruments that were lost or destroyed. Do you book a seat o­n the plane for your Guitar (There was a story that in the &0’s when you played solo you always bought seats o­n the plane for your guitar and banjo!

This site uses Akismet to reduce spam. Learn how your comment data is processed.